This center for experimental media and design is located in on a plot of land in East Liberty, Pittsburgh. The neighbourhood has gone from a hub of the city to a struggling district. Development around the area has made gentrification a prevalent problem around the area. This media center works to create a cultural hub for the neighbourhood while trying to understand what building can do for the the future of the area. This project work to bring together the world of art and architecture while creating connections to the outside neighbourhood.
This project works to create a distinct flow of program - the art galleries and museums spaces flow into one and another creating a large cultural hub while one of the main cuts within the building acting as a separation between the office spaces and these media center spaces. The office spaces are to the eastern end of the site allowing for the office areas to be away from the main hubs of noise and cut off the public from the not so interactive parking lot spaces. 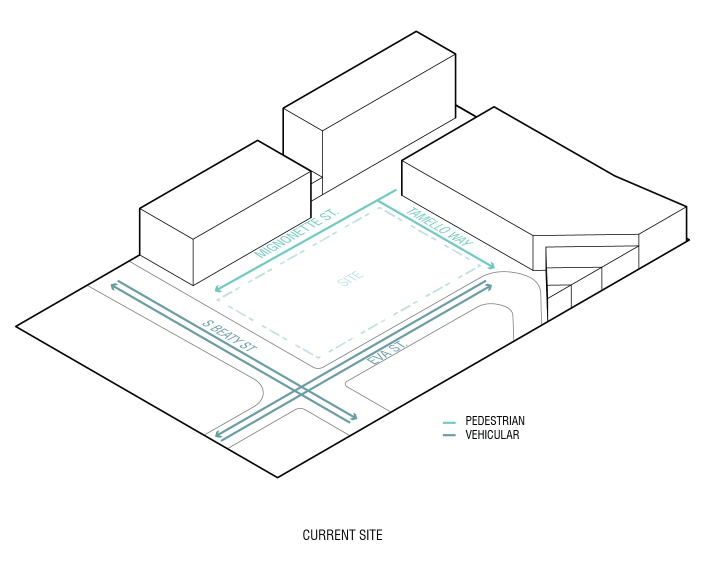 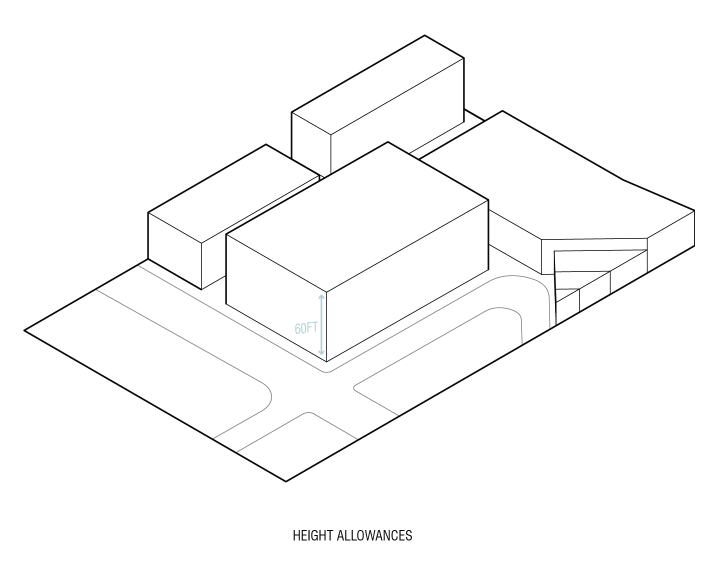 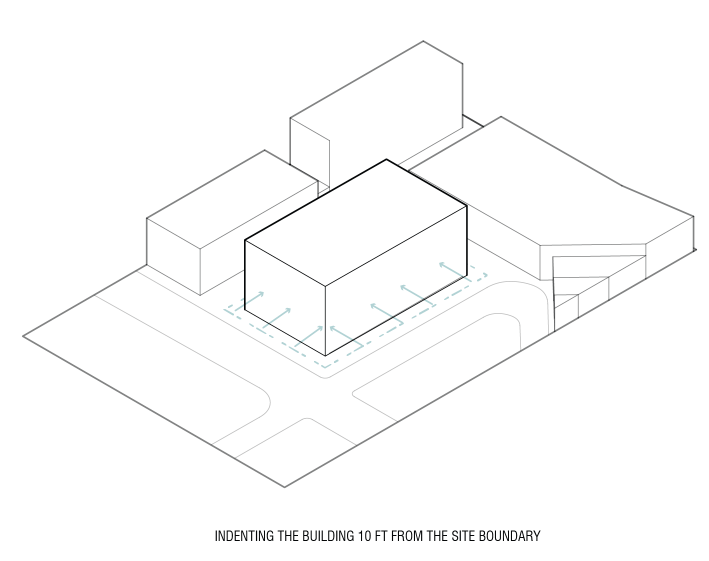 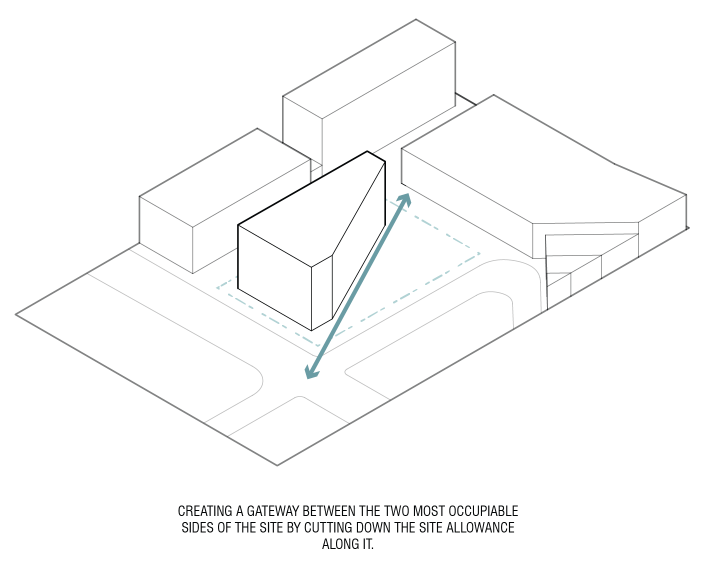 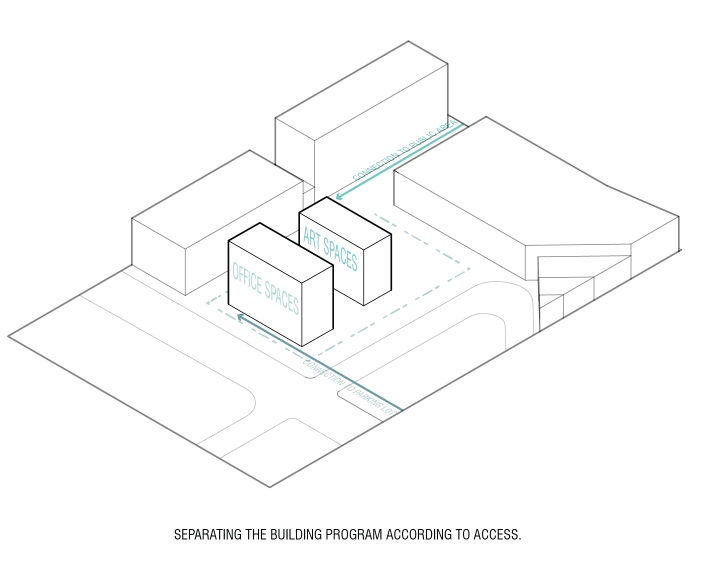 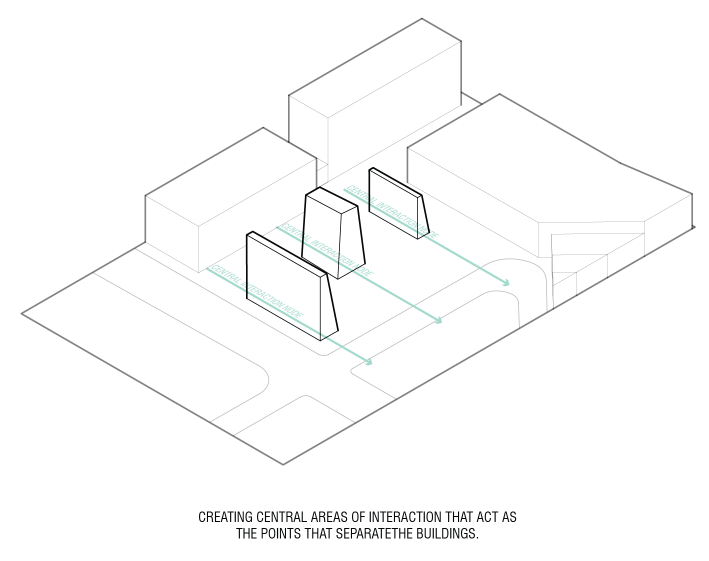 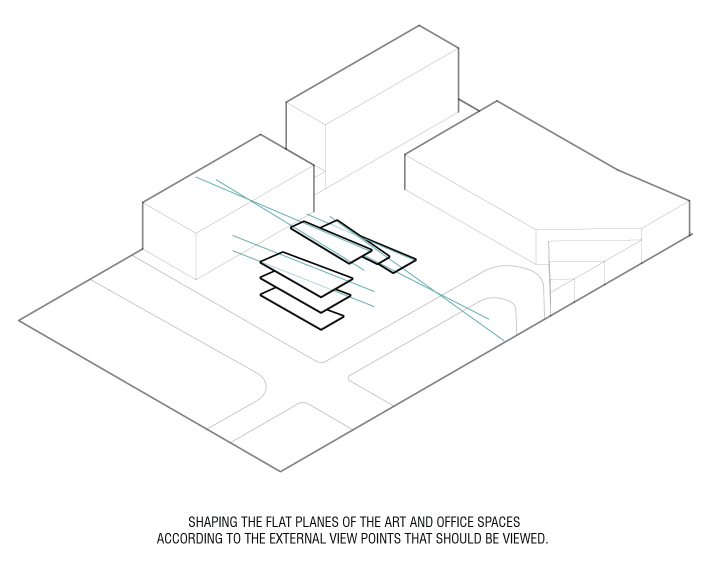 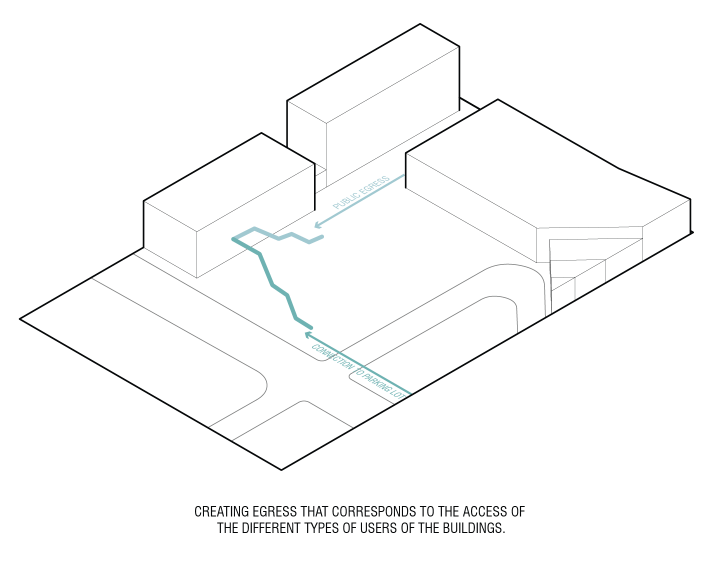 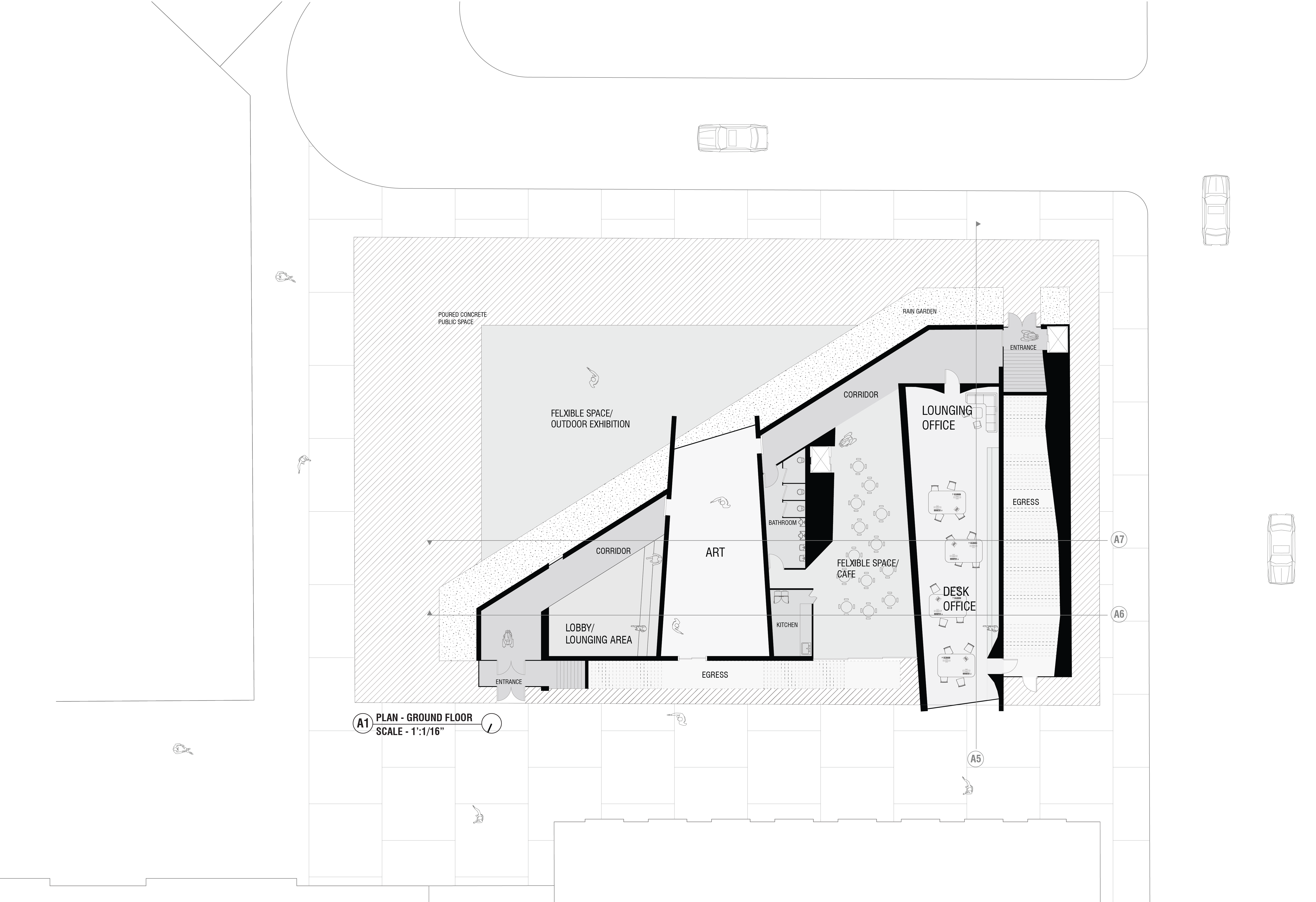 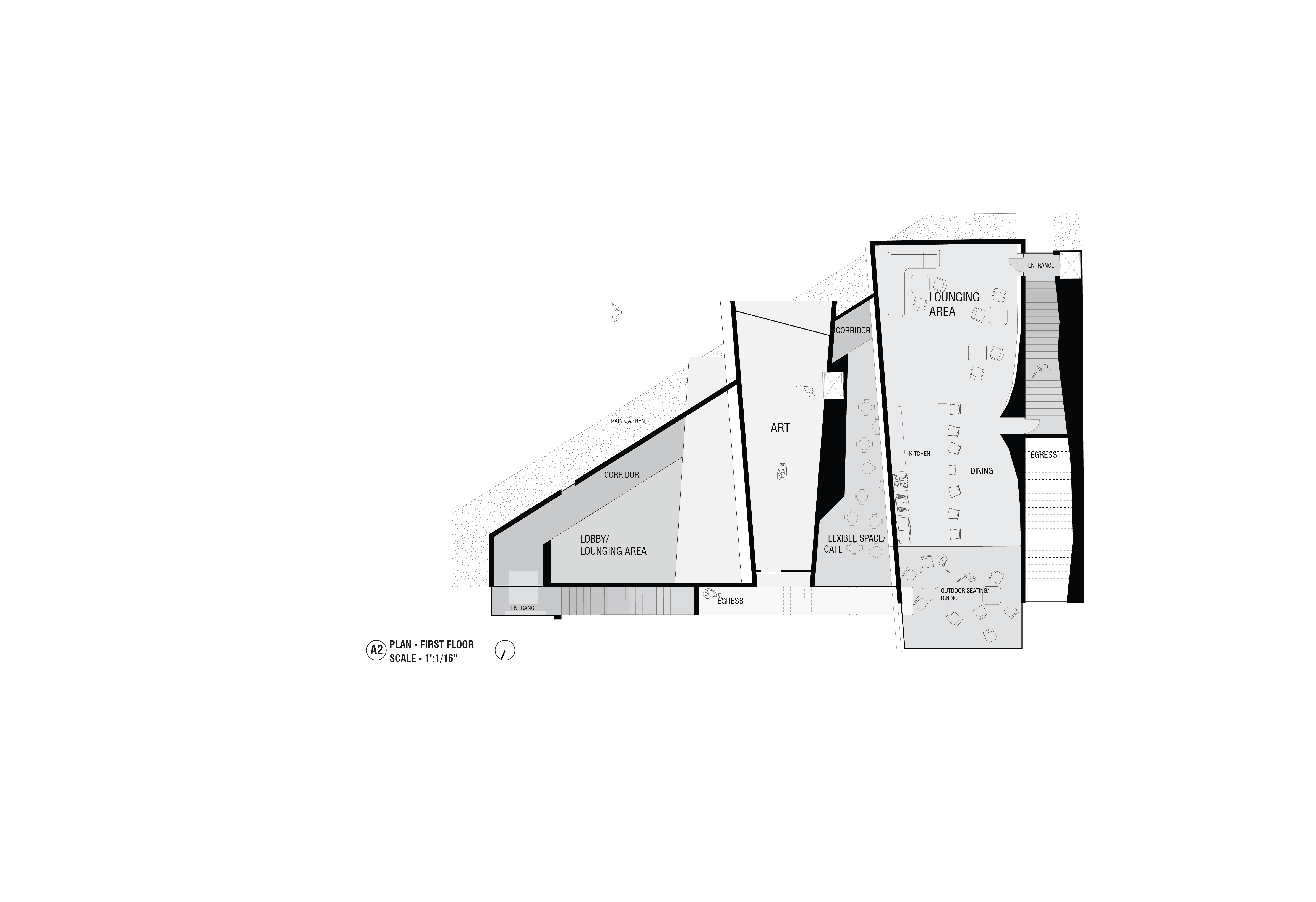 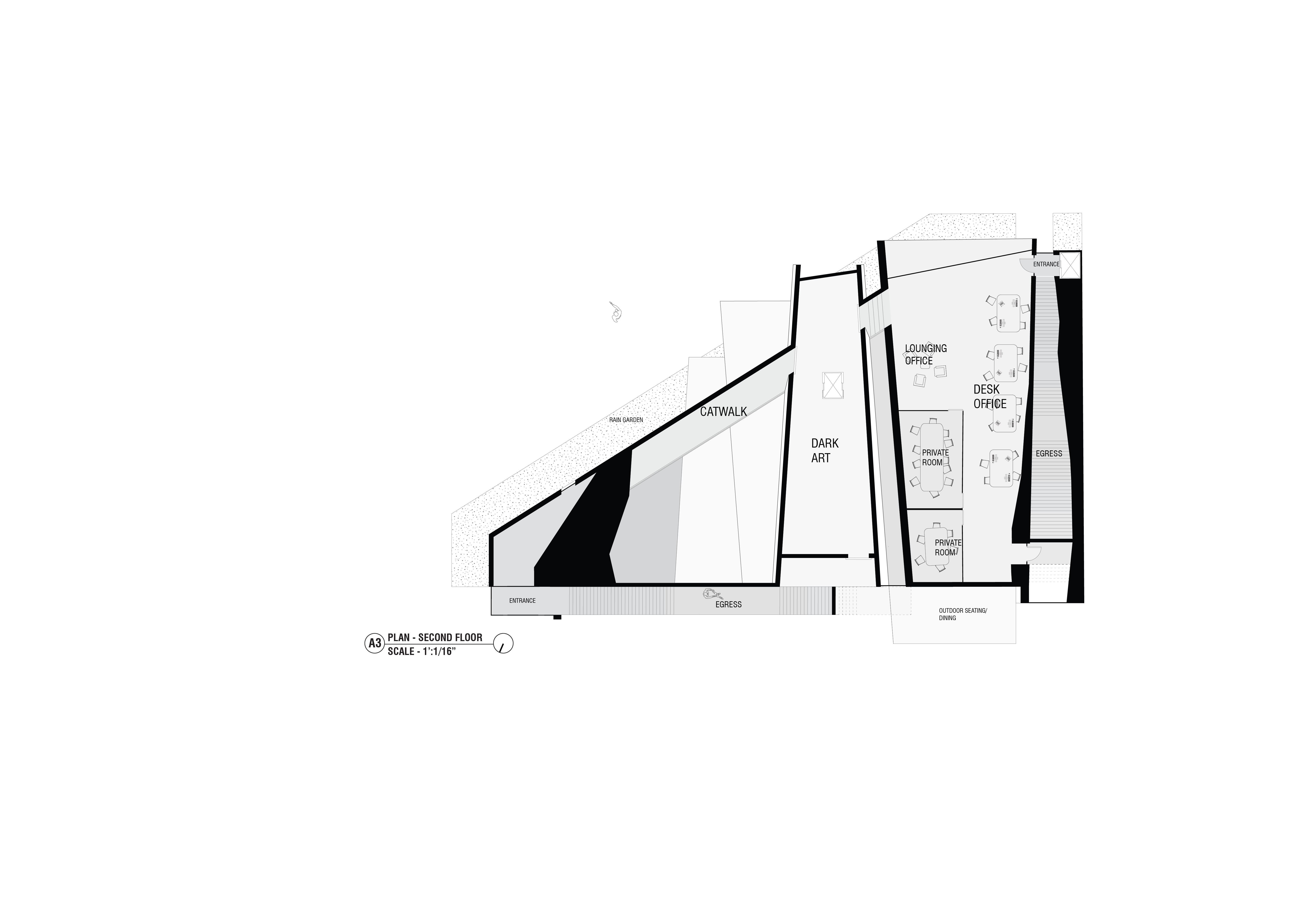